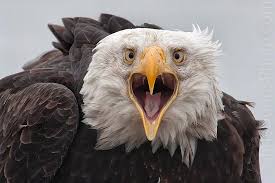 Trump spoke at the World Economic Forum at Davos yesterday (full transcript here) about “America First,” saying, “I believe in America.”   Trump seems to think it is obvious who he means by America, and many of his supporters think it is obvious too.  Yet, increasingly, the policies of “America First” do not support those who support it.  Last week, in an effort to protect American interests the Trump Administration slapped a tariff onto solar panels coming from China this week.  Though Trump fancies himself a “job creator,” this move will likely result in the loss of 23,000 American jobs.  Solar panel manufacturing will help FirstSolar, Tesla, Suniva, and SolarWorld, but manufacturing only makes up a small portion of the solar panel industry.  Most of the work is in installation.  Some analysts are even suggesting that foreign companies will see most of the benefit.

Trump has long touted his support for the mining industry, but as in the solar panel industry, his support helps the big coal companies, not the miners.  The Economist of all places points to ways that lifting regulations on the mining industry will hurt miners.  Research from Mark Partridge and Michael Betz, both of Ohio State University concludes that Trump policies will hurt the miners and the mining communities these policies are advertised to help.

Rereading Hannah Arendt’s “Decline of the Nation-State and the End of the Rights of Man,” reminds me this week of the meaning and the limits of the nation – state.  Arendt explains that nation-states needed Minority Treaties meant to protect those groups of people within a state who were not part of the nation on whose behalf the state existed.  Arendt explains that after the First World War, the League of Nations supported these Minority Treaties with the recognition that states had become for the sake of the nations they included rather than for all who were included within them.  Because some ethnic groups were too small to warrant their own state, they were included in other states, but found themselves treated as at odds with the goals of the state and so in need of Minority Treaties, supported by the League of Nations, that would protect their rights.  The difficulty of enforcing such treaties is that the state power was needed to enforce them even though state power was precisely what the minorities sought to be protected against.

Marx argues a hundred years before Arendt that states operated to support the ruling classes.  What is interesting in Trump’s America First rhetoric is that the nationalism that makes the white working class identify themselves as those for whom the state is for serves as the ideology that makes them accept policies that directly hurt them and their communities.  Some people think of nationalism as pure ideology, that is, there is no real shared interest of the nation, rather, the idea of the nation serves as cover for the ruling class.  But I think Arendt’s account reflects the sense in which the state viewed as existing for the sake of the nation serves to identify the nation with the majority population, who expect the state to serve their interests.  Their shared interest as white Americans trumps their opposed interest as workers and capitalists in such a way that makes them see themselves reflected in “America First” rhetoric even though the America being put first is no longer they.

Historians of the post-Civil War era like Nell Irvin Painter have shown how poor whites were encouraged by Southern landowners and Northern manufacturers alike to be invested in whiteness rather than in working class solidarity with freed blacks.  “America First” builds on an investment  in seeing the state as for white people.  But “America First” isn’t for all white people.  Instead, it uses the nationalistic investment of those “forgotten communities” Trump mentions, those who have been left out of the economy, as cover that allows this Administration to harm those very same people (along with all the other people who are never led to believe that the state is for them).