A Year of Hot Yoga 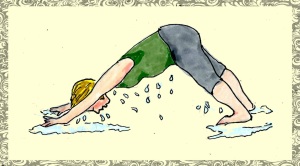 Today is my one year anniversary of hot yoga–vinyasa and Bikram–in Indianapolis. Today I will have attended 176 classes in the last year for a total of more than 250 hours in the hot yoga studio.

I went back and read what I wrote about it in the first month of my renewed hot yoga practice (here and here and here and here last year (four times in my introductory month and then nothing about yoga all year). In the post where I first mention it (at the end of this post), I compare hot yoga unfavorably to cold running.

With this return to hot yoga in the context of a cold running routine, I’m not nearly as excited by the heat as I used to be.  It’s great.  I like the sweat.  But I don’t know.  Maybe it’s because I’m twelve or fifteen years older than the last time I did real hot yoga.  Maybe it is because this studio is really not messing around about the heat.  Maybe the heat just makes you think about cold.  Maybe it’s because after a cold run my lungs feel bigger, like all the cold air rushed in and hasn’t left, while hot yoga makes me feel like I am never quite getting enough air.  Instead of feeling like a respite from the cold, the hot yoga has me missing cold runs.

Things changed.  Here I am now, in the middle of a deep freeze winter, happily attending hot yoga every day, getting plenty of air in the hot yoga studio instead of running in the cold.  I have run some outside this winter, but it’s been 6 degrees out there for the last week, and I think that is below my threshold.

I remember my very first Bikram class at this studio.  I didn’t read the schedule correctly, and I thought I was attending a Vinyasa class.  I remember being annoyed that we took so many rests in between poses!  In the ten or twenty or fifty classes after that first one, I would spend every class counting the poses to figure out how many more we had to do.  After the standing series, there is a long savasana break before the floor series.  I remember classes where my heart felt like it was jumping out of my chest.  I felt like I could not calm down enough to proceed with the next series.  After locust, I had to lift myself up off the mat in order to catch my breath.  Almost without noticing it, I stopped doing this and looked forward to the stretch my neck got in between the spine strengthening series exercises.

In my second post, I complained that I could not keep my standing leg solid like a lamppost in Standing Head to Knee.  In today’s class, I held the first set on both sides for the entire time.  I’ve learned that “solid unbroken lamppost” is a better mantra to keep you in the pose than “I’m about to fall out.”  I confessed that I felt completely bewildered by Toe Pose in that post, but now I can bring my hands to my chest and balance on my toe for at least a couple seconds on both sides!

I still enter each class with some anxiety and trepidation about four poses: the last part of awkward, triangle, locust and camel.  My inner thighs are much stronger than when I started, but it is still hard to come up slowly from the last part of awkward.  Yesterday, the teacher gave the cue that your feet should be under your hands in the initial set up of triangle, which is hard for me because I find myself slipping out of it on the floor.  I know you are supposed to work harder to keep your feet still on a slippery floor, but it is just so painful.  I have a hard time putting my weight on my shoulders and arms during locust, though a relatively new teacher helped a lot by cueing to tighten the stomach and not use the stomach as a fulcrum in locust so I both dread and feel exhilarated by locust.  I think camel would be better if the cues didn’t signal some coming anxiety about the pose.  I don’t know if I ever would have thought it was tough it didn’t get discussed as something that makes you feel vulnerable and open and so forth.  But they do.  I don’t feel it so much as vulnerable as it raises my heart rate and it is at the end of class so it feels hard. 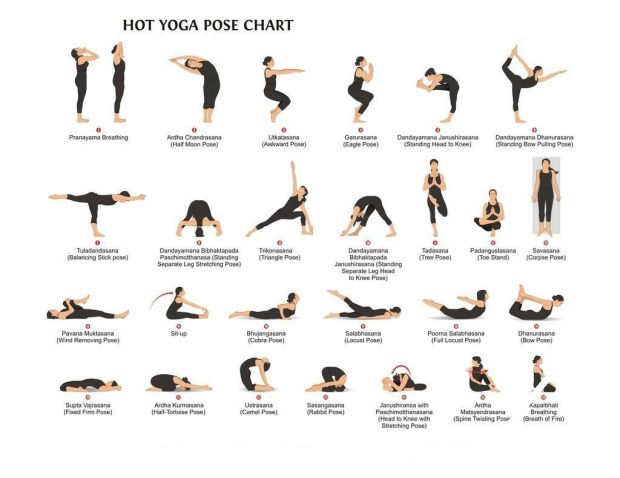 I know I walk into class with these feelings about these poses, so I’m trying to learn to recognize them as my feelings and let them go, to have fewer judgments about whatever is happening being good or bad and just letting it be what is happening.  I think this is the part that is about meditation.

I bought the annual membership.  I was afraid of the commitment, but over break, I have been going every day.  I think it will get me through the winter.  I got to HIIT pilates (it’s like tabata with Pilates principles), and I was going to Vinyasa until I got this issue with my arm, but mostly I’ve been going to Bikram.  I can see how it can be a practice that you work on for a lifetime.  When I started going, I was sure I was going to burst into tears in the middle of class.  I didn’t.  Instead, I got stronger.  And calmer.

Tags: yoga
From: Health
← Teaching Plato with Baldwin: The Aporiae of Self-Examination
A Stoic Reading of Aristotle →
No comments yet