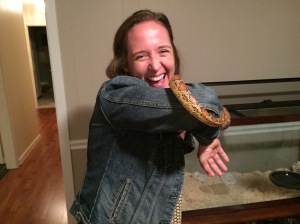 I was recently tenured.

A friend of mine told me a story about when he was interviewing and one of the people who interviewed him asked him what he would do differently when he got tenure.  He couldn’t think of an answer.  She said, that’s the right answer.  You shouldn’t do anything differently.

I tried to be a pre-tenure faculty member for whom that could be true not because I was living out of fear of who I was upsetting, but because I was doing what I thought was right in teaching, research and service situations regardless of what people thought.  I think my friend’s interviewer’s comment can sometimes imply that faculty are so beaten down, well-disciplined in the  Foucaultian sense, that they will continue to feel sheepish as they did before they were tenured.

Soon after I learned of my tenure decision, I was back home in Philadelphia visiting my family, and it struck me how freeing it would be if you could address your personal life as if you had tenure–tenure for life, I like to call it.  With tenure for life, you would feel freer to be honest with people, to support others in weak positions without fear of reprisals, to show you were hurt and angry when you were.  Like tenure in higher education, it wouldn’t mean being reckless; it would still involve good judgment. 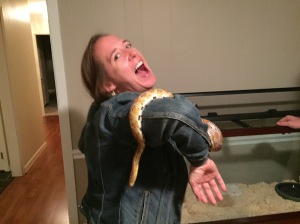 One thing seems clear about tenure-for-life: unlike tenure, it isn’t granted to you by someone else; you give it to yourself.  For now, I’m going to think about it as something to aim for.  Maybe one day I’ll give it to myself.