Day 9: Reflections on the Public Philosophy Panel at the APA 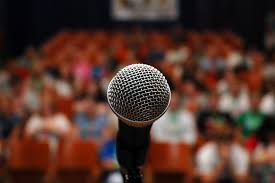 The APA Committee on Public Philosophy hosted a panel yesterday entitled, “Navigating the Perils of Public Cyberspace: Toward New Norms of Public Engagement.”  Margaret Crouch spoke about the need for universities to bring their codes and policies regarding sexual harassment online up-to-date.  Many universities fail to see what happens online as comparable to what happens in real life yet what is happening online is just as detrimental.  Research shows that anonymous online sites like YikYak are much worse than non-anonymous sites.  Anonymity in general is a vector for harassment.  And these things have a real effect on faculty, and younger faculty women–those who are already vulnerable–are often the targets of what happens on anonymous sites.

Karen Frost-Arnold spoke about efforts to combat online harassment.  She talked about how this online harassment can have a chilling effect on online discourse and can make that discourse much less diverse because it discourages nontenured faculty, especially women and people of color, from engaging.  What happens when women, people of color, LGBTQ folks feel silenced in philosophy is that discussions about what to do seem restricted to white cisgender men in philosophy talking about what is good for ‘the others,’ which is it’s own kind of silencing.

One response to this situation has been to ignore or hate the internet, and really it seems like that is what much of the field does.  But Frost-Arnold argued that we have a responsibility to address these issues, not just because online bullying is happening in the field of which we are a part, which affects the field, but also because the bullying and harassment can harm real world reputations and careers.  It seems important at the very least to be aware of what is happening online in the field.  Frost-Arnold referenced Sarah Joeng’s book, The Internet of Garbage, as a good starting place for learning about the effects of what is happening online. 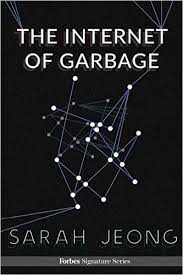 One response Frost-Arnold discussed is certain moderation techniques (DailyNous has moved to a technique that sends comments to moderation, which apparently has already been abused by trolls who have sent some of DailyNous editor Justin Weinberg‘s comments to moderation).  Another response is to be what Rachel McKinnon calls the active bystander.  An active bystander is someone who is in the moment when harassment is occurring, offering support, taking on the workload and documenting the harassment.

I personally have seen senior philosophers attack junior untenured women, LGBTQ folks, and people of color online with impunity.  I followed much of the discussion in philosophy around rankings in the fall of 2014, a discussion which brought out the trolls and cyberbullies in full force.  If you have no idea what I’m talking about, you can see an archive here — read the comments, you’ll get the picture.  This was bad, and I could explain it with reference to arguments about who is viewed as having epistemic authority and those who are not viewed as such suffer from general condescension, gaslighting, doxxing and then, it turned out, mockery and name-calling.

But when Jason Stanley told his story yesterday, I learned that being a successful white straight man in analytic philosophy will not protect you from online harassment. I don’t think that means, oh now it’s really bad because it happens to white men, but rather that the problem is not just about social identity, but ideology.  It turns out that if you turn on the patriarchy from whatever position, the stakes are high.  Stanley argues that philosophy is a patriarchy.  As such, feminists are a threat.  In fact, senior faculty in analytic philosophy maintain great pride in having held off “the theory people” – you know, feminism.   He draws on the work of Kate Manne to define misogyny.  Manne argues that hierarchy produces misogyny because whoever challenges the patriarchy that is philosophy is a threat to the way things are and so become subject to misogyny.

Speaking in this way has subjected Stanley to an onslaught of vicious and cruel online harassment, including threats to his family (as Stanley says, he’s knows it’s been worse for others, but he can only speak of his own account because he doesn’t want to further publicize the abusive things said about others online).  Online bullies have commented on anonymous blogs that they know who he is and where he is and that they will be in the audience at his next talk.  Stanley articulates how much an investment in what philosophy is, analytic philosophy in particular–the domain of reason that keeps that emotional feminist “theory” from infiltrating–motivates the culture of online harassment that has become characteristic of the philosophy world online.  I would want to add that the threat to reason doesn’t come from feminism alone but also from other philosophical approaches that challenge the pure view of truth of those who work in any area of philosophy that presupposes a kind of objective sense of the truth.

Since the beginning of January, I’ve been blogging every day.  A recurring theme has been how conversion works.  I was struck at this panel about the difference between Frost-Arnold’s micro-strategy approach–how to deal with specific moments on the philosoblogosphere–and Stanley’s argument that philosophy itself needs to change for the online philosophy culture to change.  For both approaches, the persisting questions revolve around how to get through to those who are sure they are right.  Frost-Arnold talked about reaching out to trolls and saying, this is how that affected me.  Sometimes that works.  But when we are talking about getting people to rethink their conception of philosophy, conceptions they have based their careers in, challenges to it seem to challenge their position within it.  When the response can be, I’m not affected by power investments, but just by the truth, it seems impossible to change minds.  That, Stanley points out, is the problem with ideology.