Day 7: Mentoring the Mentors Workshop at the APA 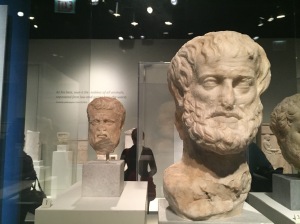 When I heard that there is a growing trend among public institutions, including my former institution to refuse to count mentoring as service work, I was aghast. How am I still surprised?  This move would contradict their stated commitment to retain working class students and students of color.  I take it to be a great privilege to work at a place that recognizes the link between successful learning and good mentoring and the link between retention of students at risk of not finishing college and good mentoring, but I really wish these links were more widely recognized.  Yet even when we do recognize the importance of mentoring, we don’t necessarily know how to do it well.

So I was delighted to be invited to participate in the workshop organized by previous directors of PIKSI-Rock (Philosophy in an Inclusive Key Institute at the Rock Ethics Institute), Ellen Feder and Mariana Ortega.  The workshop aimed to develop a set of best practices and shared experiences for philosophy faculty who send their students to PIKSI and thus demonstrate an investment in attracting and retaining diverse practitioners of philosophy to the major and to graduate school and to graduate students involved in PIKSI.

Bernadette Sanchez, a psychology professor at DePaul University presented research on relational cultural theory, which advocates a mentoring approach that similar to Paulo Freire’s pedagogy.  It recognizes the knowledge and contribution of the mentee against the dominant view of mentorship that sees the mentor as the one having knowledge that she gives to a mentee who needs mentoring because she lacks some knowledge or understanding.  While it’s true that many students don’t know about graduate school in philosophy or the shape of the field, it isn’t the case that they don’t have important knowledge about themselves, their communities and what the field of philosophy is like to them.  One thing that came out in the workshop was how this approach could stave off the imposter syndrome that many diverse practitioners experience by allowing mentees to see themselves as having knowledge.  This also allows mentoring to occur without a student having to admit they are in need.  Often first-generation college students and students who already feel isolated at college and in philosophy don’t want to admit that they don’t know things.  If mentorship is based on someone admitting a lack, and the mentor filling it, then those who need it most might not ever get it because admitting the lack makes them more vulnerable.  But proactive engagement that doesn’t see students as lacking but sees mentorship as developing a relationship that can, as Nathifa Greene said, make philosophy an ordinary living breathing thing. This kind of engagement is what makes underrepresented folks care about philosophy as a way of life.

We started the day talking about our own experiences being mentored as an undergraduate.  I was not a philosophy undergraduate, and the professor who turned me on to philosophy was not a philosopher and left the college after my sophomore year (he was a lecturer).  I remember calling him and talking to him about applying to graduate schools.  He recommended the Sorbonne, and I said, I don’t know if I could do that.  He said, well, if that’s how you’re going to think about it, just forget about it.  I think he meant, don’t undersell yourself, of course you can do it.  But I heard, get over whatever is holding you back.  That sense influenced my thinking throughout graduate school, a sense that led me to think I could get through graduate school and thrive on the field without having to worry about sexism because I was good enough to not be subjected to it.  I could just get over it.  I really thought that.  Ha.

But this points to an interesting problem in mentoring–you want students to have the tools to recognize that their feelings of insecurity–the imposture syndrome–aren’t their fault, but you also don’t want them to feel stereotype threat, recognizing that people think the things they do about women and people of color.

A recurring theme to the workshop was how much teaching itself is mentoring.  That means that mentoring begins with syllabus construction.  Perry Zurn talked about syllabus construction as “creating spaces for students to find their voice, to interject into a canon that has excluded them.”  I had the good fortune to spend the day sitting next to Luvell Anderson, who told me about the project he is working on that looks at different approaches to diversifying history of philosophy courses.  One is the “status quo” approach that maintains that philosophy just has a bad rap and needs better PR–everyone could love Plato!  You don’t need to change at all–this continues to be the dominant view, it would seem.  On this account, there’s nothing structurally sexist or racist with the history of philosophy itself.  Contrast this to something like Mills’ “Non-Cartesian Sums” that shows how Descartes contributes to a notion of human subjectivity as white.  He and his co-author articulate four or five approaches in varying degrees leading up to revolutionary pedagogy.  Learning about this kind of work and meeting others involved in this work was one of the big benefits of the workshop for me.

Another aspect of teaching as mentoring is communicating to students that they can do the work and that you have high expectations for them.  Like Beverly Daniel Tatum said at the PODNetwork meeting, this approach works to motivate students of color to do the work needed to become successful better than any other feedback approach.  Students get discouraged when at their first exposure to philosophy they cannot do it.  This is why telling them the difference between a fixed mindset and a growth mindset, just telling them and telling them that you emphasize the growth mindset, leads to better work from students (I heard this at a workshop at Wabash this year so I know it is based on documented research coming out of Indiana University but I do not have links to it).  Recent research shows that men dominate in fields that are considered to require genius–philosophy, born this way!  But that in fact, getting good at philosophy takes a lot of work, and students who start off not knowing what is happening need not be discouraged because the point of studying philosophy is to practice doing it.  You get better by working hard.

I’m sitting in the lobby of the Eastern APA writing this and wondering, as I said at the workshop, whether the field can change if we are not also mentoring white male students in philosophy to recognize the way their privilege structures their perception of their access to knowledge, to what counts as philosophy and to who speaks.  Yesterday, Mariana Ortega spoke about aesthetic revolutionary strategies to learn to see what we cannot even see.  As I prepare to teach an Introduction to Gender Studies course to 17 men this semester, I’m very interested in developing strategies to get white male students to see.  I’m leaving the workshop with a confirmation that many of the things I’m already doing work, and a reminder that students are themselves knowers of the world, knowers especially of their world.  I also feel a bit humbled to be included among a community of people who are doing important work both theoretically and practically.  That motivated me to get to work and to get back in touch with students I mentored in the past.

The image is of the Plato and Aristotle statues at The Greeks exhibit at the Field Museum.  I liked how Aristotle was Janus-faced (can’t see that here), which I think is a way to think about ourselves as mentored and mentoring.

Tags: mentoring
From: Pedagogy
← Day 6: That Time I Worked for Rick Santorum: A Political Conversion
Day 8: Advising Students on Applying to Philosophy Graduate Programs →
One Comment Post a comment