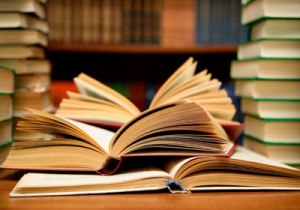 For eight weeks this summer, I had a summer research student, a rising senior at Wabash.   I learned some things over these weeks about how to teach students to do research from seeing what was surprising to my student and what was difficult.  The student who worked with me approached me last semester about doing summer research because he said he wanted to see what faculty in philosophy do when they do research.  I invited him to work with me on an article manuscript that I am working on.  He began by reading secondary literature which then directed him toward primary texts and dialectically back and forth between secondary literature and primary texts.

Here is what I learned from what he learned:

Good research takes a lot of time, not just over weeks–spending time lets ideas fester–but in hours in a day, reading deep and widely. It wasn’t just that the student learned more and became a more careful thinker, but that he realized that he did so because of the time he put in. If anything, putting in many hours for half a summer helped the student see how few hours he is putting into the work during the semester. It made me think that it is worthwhile to talk to students about how much time it takes to be good at something–10,000 hours to become an expert, they say. Sure, they are undergraduates at a liberal arts school so I don’t expect them to be experts in philosophy, but they could be an expert at being a student, and that would take many more hours than many of them are putting into their studies.

Putting students in the conversation.

Developing Their Own Thinking: The Forest and the Trees

While I do not name this student here, he granted me permission to discuss our experience publicly.