Advice for Scholarly Writing From My Experience Refereeing for Journals 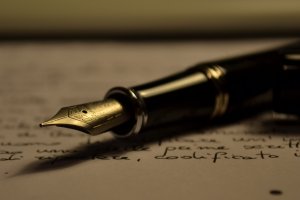 Having had some publishing success in my career, I’ve been rewarded with tons of requests to review article manuscripts in the last couple years.  I am still not jaded enough to dislike being called on or not to need the recognition as an expert by editors such requests indicate.  I appreciate having some influence on the field that this work affords.  It also affords me the awareness of some common pitfalls.  To avoid them, I offer this advice.

One thing before signing off, I think writers would be well-served by seeking more feedback or at least being more thoughtful about their own editing process before sending their work out.  In my skeptical moments, I have wondered whether graduate students are getting less and less productive feedback from overworked graduate faculty even as these students are more and more encouraged to have publications before graduating.  I have wondered accordingly if my referee report is the first feedback on a paper that someone is receiving.   This situation does not make me sympathetic to the work.  If anything, it makes me resent graduate faculty whose work I am doing when I write a long report, which I do as a service to the field, but they should be doing, because they not I are being compensated for giving their graduate students this feedback.   I don’t always have evidence that this is what is happening but I have on occasion had it confirmed from editors when I asked after reviewing a manuscript whether something they sent me was from a graduate student and why it was not desk rejected.  I would like to see editors–and authors–be considerate with the time of referees.  I’ll try to do the same.