On Juneteenth: History of Race Relations in Indiana 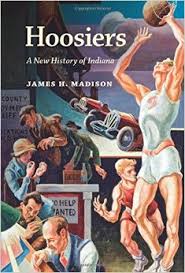 Wednesday night a terrorist attacked a Black church in Charleston, South Carolina.  I was in the middle of working on this post when I heard about it and wondered if in light of current events the subject of this post mattered.  I have come to think that it does.  It seems to me that part of the reason that people think these incidents can be and should be treated as isolated incidents is that we forget our history.  I’m not a historian.  I am sure there are others who know this history better than I do, but I couldn’t find a short condensed history of race relations in Indiana when I went looking for it (except this archive).  I think it is important that we remember our history and how it continues to affect our present.  As Faulkner said, “The past isn’t dead; it isn’t even past.” Another reason I’m writing this is that today is the 150th anniversary of Juneteenth.  Juneteenth is the earliest celebration of commemorating the end of slavery because it was on June 19, 1865 that Union soldiers showed up in Galveston, TX and informed the slaves that they were free, two years after Lincoln’s Emancipation Proclamation.  I used to live in Texas, where I learned about Juneteenth, but now I live in Indiana.  I’m from Philadelphia, and I have a pretty good sense of the history (and the present) of race relations in Philadelphia, but when I moved to Texas and Indiana, I wanted to better understand the history of those places.  So I was thrilled when a friend from graduate school who is now a Hoosier, Nazareth Pantaloni, gave me IU history professor James H. Madison’s book: Hoosiers: A New History of Indiana.  Madison spends considerable space addressing the history of race in Indiana (though I was disappointed to see no entry for race or racism in the index). In the spirit of Juneteenth–of learning about emancipation long after it has been declared but does not seem yet to be in force–I want to blog about the history of race relations in Indiana that I learned from Madison’s book.  I just want to give some of the highlights.  I am limiting this list to highlights, especially to highlights that continue to echo in today’s climate.

From the Underground Railroad to the Civil War

we can never consent that Indiana shall be made the receptacle of manumitted negroes of other states, as their color and character would forbid political and social equality, and their migration here could but be injurious to us and detrimental to them. (109)

Reconstruction and the KKK

Madison recognizes in conclusion: “Access to quality education, housing, and jobs still depended on color, even if many pretended otherwise….The heritage of the past remained a special burden for twenty-first-century lawmakers, courts, and citizens.” (319)

Correction: an earlier version of this post claimed that Lincoln was born in Indiana.  He was raised in Indiana, but born in Kentucky.  This post has been updated to reflect that clarification.  Thanks to Seton Goddard for the correction.

Tags: Indiana, James H. Madison, race
From: Race and Racism
← What Makes a Woman? Why Do you Ask?
Exploring Indiana: Terre Haute, Socialism, Art and Death →
No comments yet