Last weekend, the annual meeting of the Society for Phenomenology and Existential Philosophy, the umbrella organization for continental philosophy in North America was held in New Orleans.  New Orleans is a fantastic city.  I had never visited before, so I had an impression that was kitschy.  But I left thinking it was beautiful.  I stayed in the Garden District.  My first morning there I took the streetcar to the conference hotel and the driver of the streetcar got out of the streetcar and went into a hotel and was gone for five minutes.  As a friend said, “Union break, don’t h8.”  The city was loud and colorful and much better than anything I had ever learned from The Pelican Brief about what the city would be like.

SPEP was all a-Twitter® and I storify it here.  In this post, I want to give a more sustained consideration to two panels I attended, two papers in particular: Sara Brill’s “Beyond Zôê and Bios: On the Concept of Shared Life in Aristotle’s Ethics” and Robin James’ remarks at the Advocacy Committee’s New Media, Social Networks and Philosophy panel.*

Sara Brill presented some of her new work on shared life in Aristotle, which given my own work on Aristotle’s Politics, I take great interest in.  One of the problems of the Politics, raised by Arendt and Agamben and others, is that Aristotle seems to divide political life from a pre-political life that has to be mastered, resulting in leaving certain persons and bodies behind.  I argue in my book that Aristotle’s conception of political community as physi-cal, moving from within itself to fulfill itself, resists the making model that divides life concerned with necessity with life concerned with living well.  Brill’s project considers this same problem from another angle.  Beginning with Aeschylus, she asks, “How can a space that is open to all protect us?”  This question frames the problem of how a community that does not divide between certain kinds of lives can protect all the lives within it.  Brill argues that for Aristotle, the answer is that the use that is protected by this space emerges in shared life.  Focusing on Aristotle’s Eudemian Ethics, Brill argues that the distinction between bare life (zôê) and formed life (bios) does not hold when we realize that zôê can be shared.  And on the other hand that the mere existence of logos is not sufficient for the good life (I argue otherwise in my book).  Bios, Brill argues, includes a sense of sharedness within it, but zôê as shared life seems itself to be bios, which suggests that the line between them is not at all obvious.  At the heart of Brill’s project is the question of how the body and its concerns, typically considered the realm of zôê and, as Brill notes, necessity, come to have meaning.  Where zôê is shared, it is always in context and not bare, thus it always appears as already meaningful.  Brill considers the significance of Aristotle’s claim that sharing sorrow is a mark of friendship for thinking about Aristotle’s claim that the birds’ song points to the birds sharing in one another’s sorrow (I appreciated this remark because I’ve always thought empathy was for the birds). 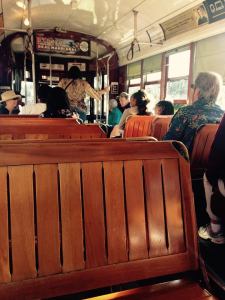 Speaking of shared life, Robin James’ remarks on new media, social networks and philosophy remind us of how precarious that sharedness can be.  James asks us to consider whether new philosophy media is supplementing or transforming “legacy philosophical media”.  It is not the case that just because it’s new and we’re young new media it will be revolutionary and not in fact conservative, reinscribing the social practices that legacy philosophy maintains.  I did realize in storifying #SPEP14 how the interests of those who tweet–young scholars, scholars interested in minority knowledges–push, at least, on Twitter, a certain critical line about SPEP that drives, at least on Twitter, the SPEP conversation.  Most of the #SPEP14 hashtag is about race, gender, power, critical theory and critiques of neoliberalism.  On the other hand, new media is also the world that has allowed for Leitergate, as James put it, where blogs and Twitter have been used to harass female critics.  I thought Deleuze might be useful for thinking about this–that new media deterritorialize the landscape while reterritorializing it at the same time.  It ain’t good just because it’s new.

New media’s labor practices point to that same reterritorializing because the work we do on Facebook and Twitter is a) for free, b) makes someone else money and c) provides a service to the discipline generally done by disadvantaged members of the profession (graduate students, the under- or contingently employed).  James points to the visibility / vulnerability tension — the more vulnerable have both more to gain and more to lose from being visible in social media.  As she points out, James herself was able to develop visibility and impact from her time invested in social media, but it’s a risky proposition.

James suggests that we understand new media in philosophy at the intersection between being women on the internet and being women in philosophy.  Yes!  In fact, I think being a woman on the internet has done more to make explicit to me the bro-y-ness of the field than actually being a philosopher IRL has done (woe is me).  James went further to argue that social media “more intensely oppress” traditionally underrepresented groups by incorporating the most advantaged members of these groups and thus more

effectively silencing the least advantaged of these groups.  Moreover, she suggests that giving voice to traditionally silenced groups produces new and more effective marginalization in the discipline of philosophy, say for example when to talk about the need or possibility of crossing the analytic and continental philosophy divide helps those who can (and want to) effectively abstract themselves from their lived experience, universalize it, and impose it as the norm.  Who does that project actually help?  And which persons and bodies become more invisible in that project?  I took the deeper criticism James makes to be that by seeing the world as comprised as individual oppressors, but more importantly, as individuals who are being oppressed, instead of as parts of structures of domination, we seek our own individual recognition and emancipation from those in power, which results in further affirming the structure by alienating and excluding those who are even more radically marginalized.  Lest you thought social media was the panacea, you have been warned.

Thanks to Brill and James for these provocations.

*I was able to write this post with reference to the tweets I posted at SPEP. #livetweetingaspublicnotetakingftw